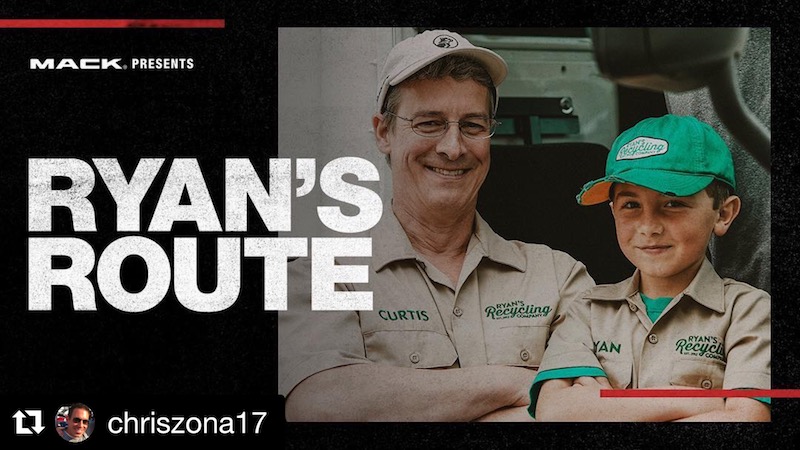 My episode of #ROADLIFE with Mack Trucks

I’ve been waiting for a few months to tell everyone about what I filmed with my friends at Mack Trucks. They flew to California and surprised me with my own trash truck for a day. It was super cool! I drove around with Curtis and we picked up plastic bottles to recycle and then we took them to rePlanet to drop off. Someday I’m going to have my own truck like this. Thank you to rePlanet and The Pacific Marine Mammal Center for being part of the filming with me and I hope everyone likes the video! 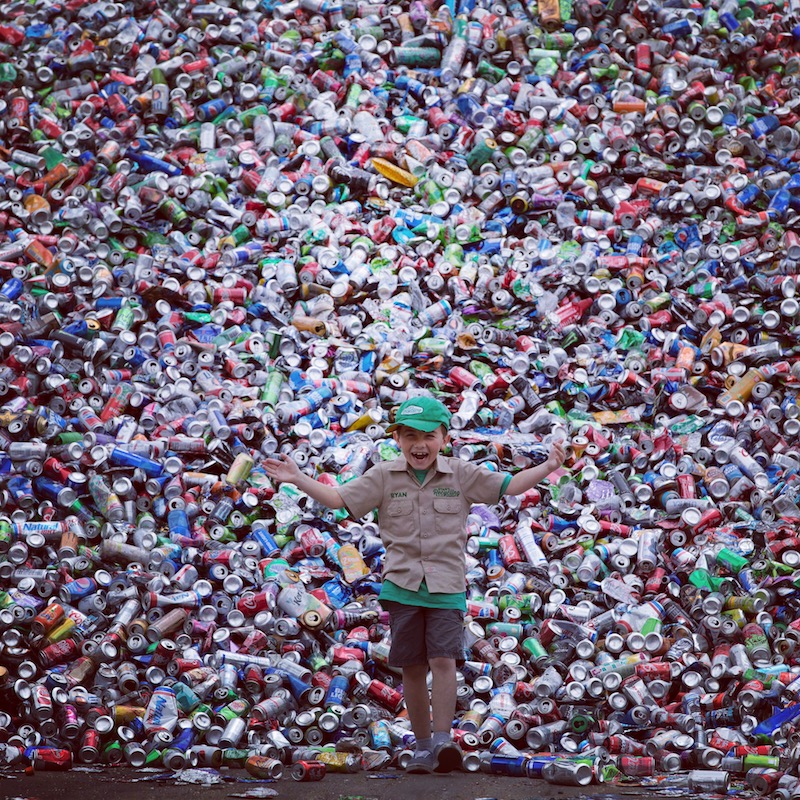 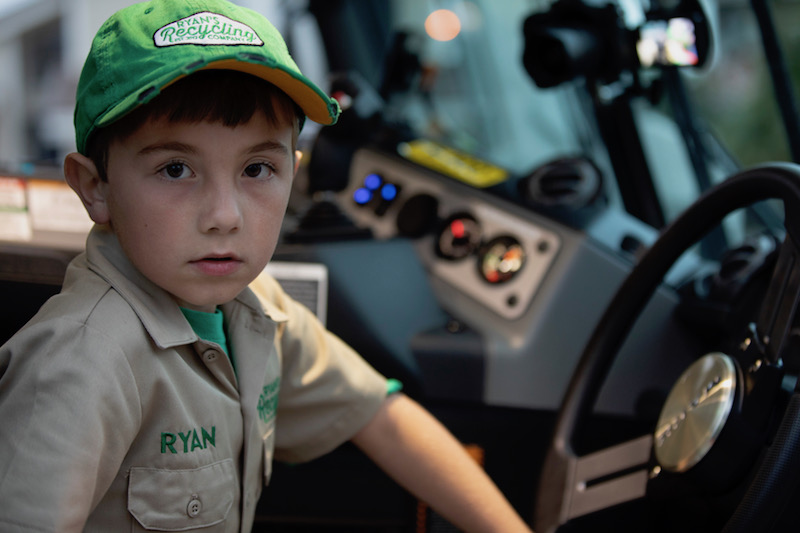 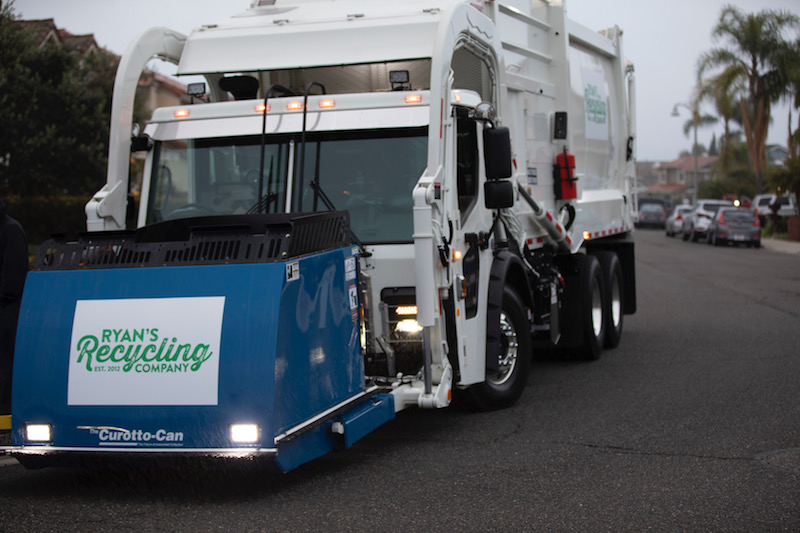 I had a great recycling awareness event with Valet Living in Alexandria, VA. Thank you to all the people who came out to see me and learn about recycling. I met a bunch of new friends including pro soccer player, Russell Canouse and Captain Cookie and the Milk Man served up awesome ice cream and cookies to everyone too! 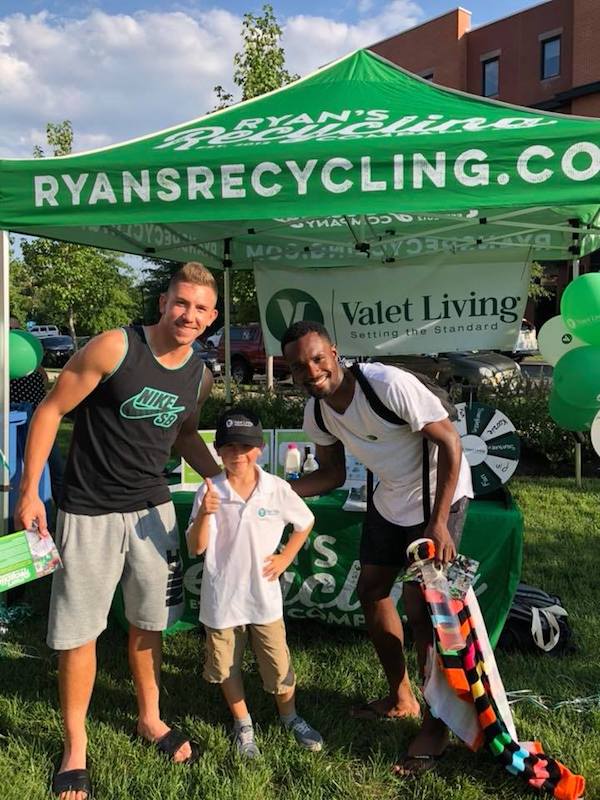 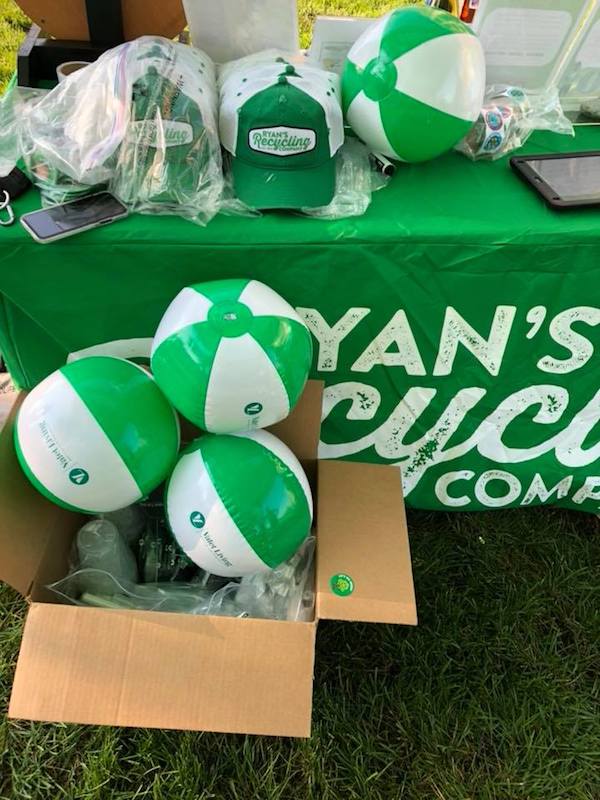 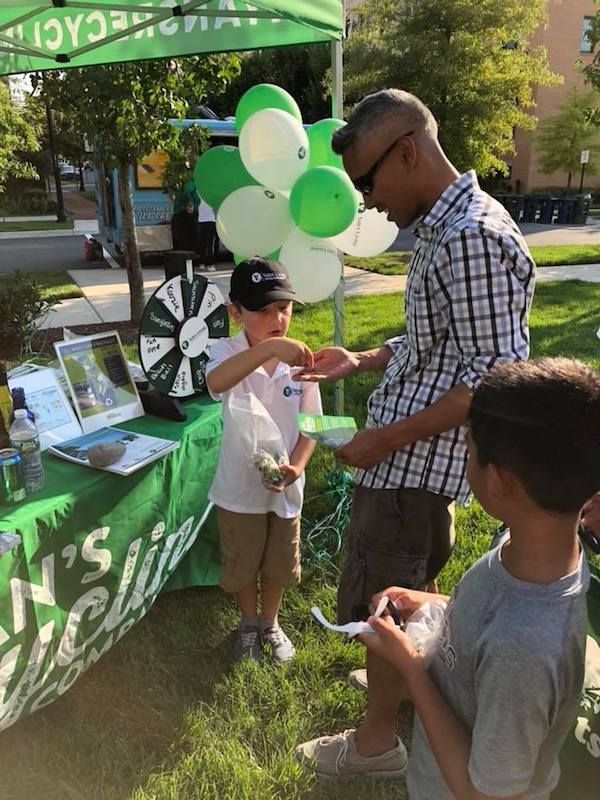 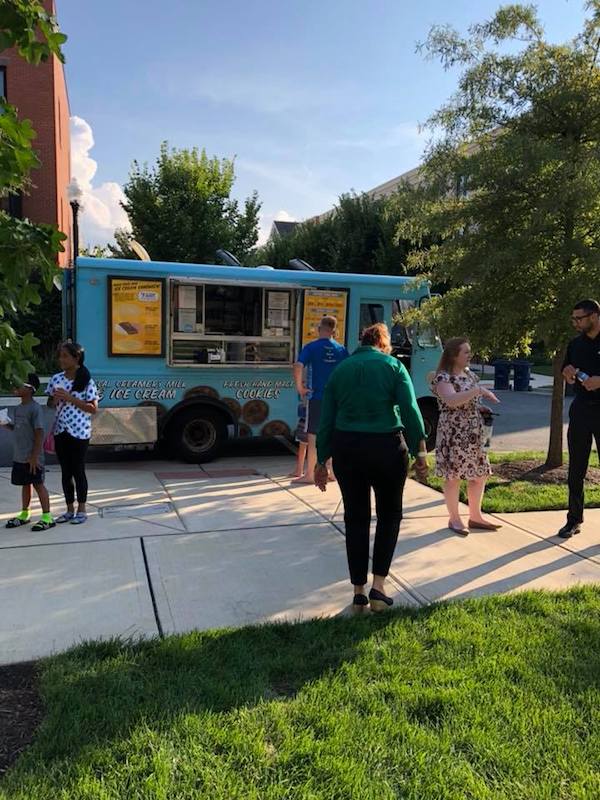 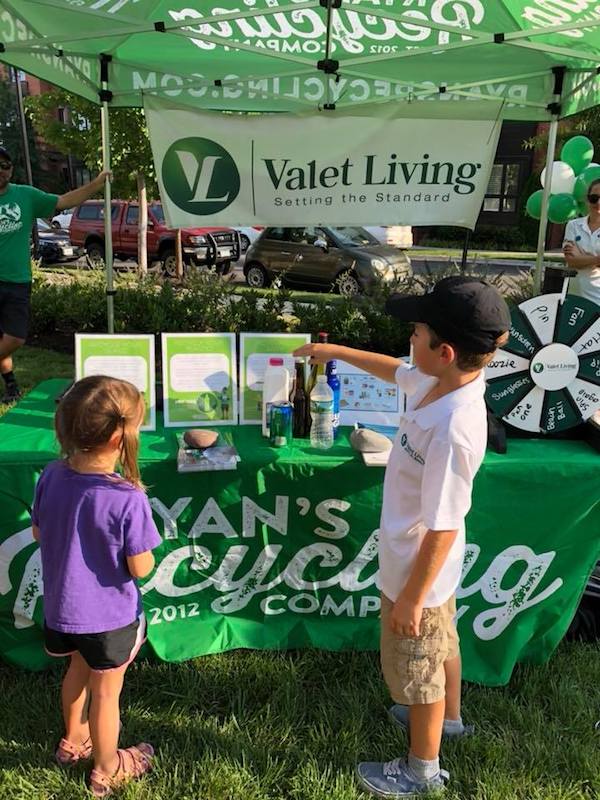 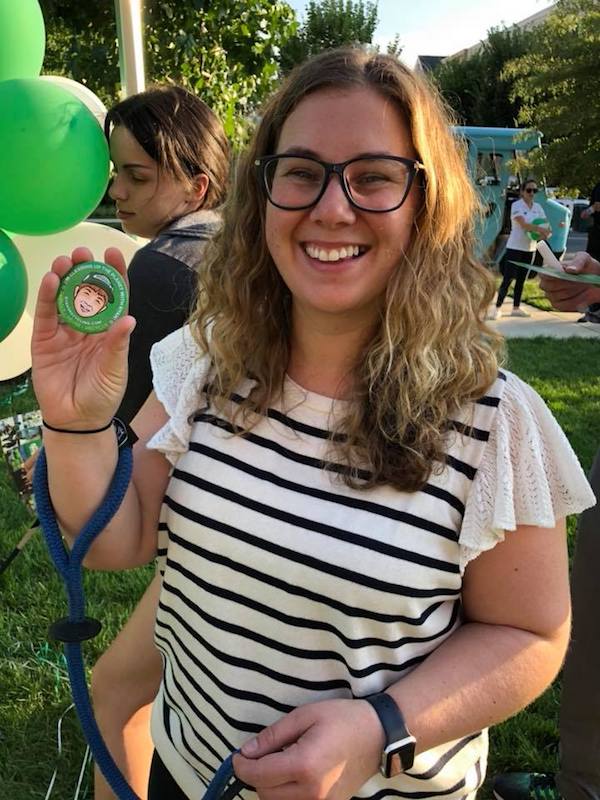 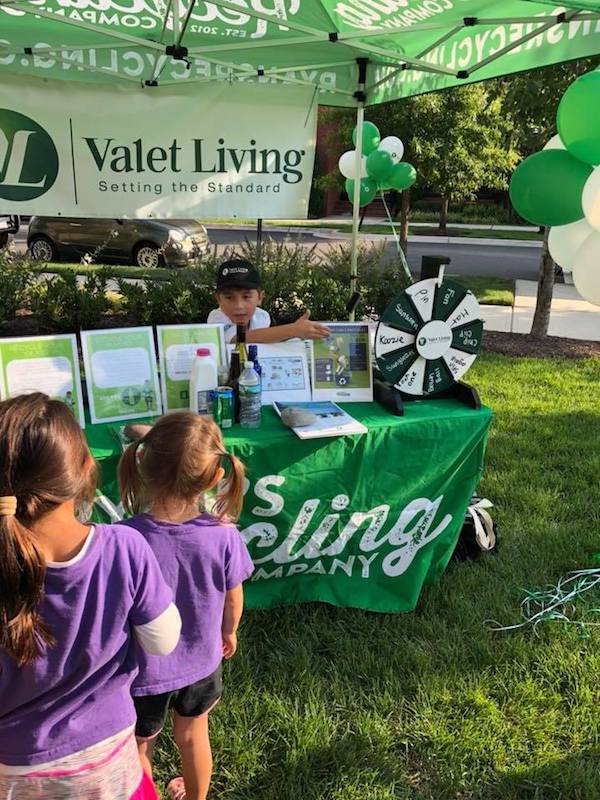 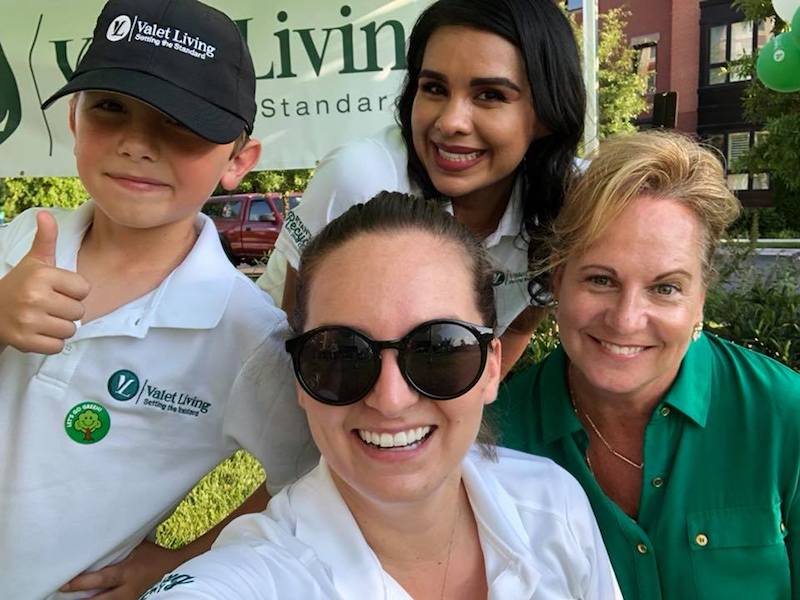 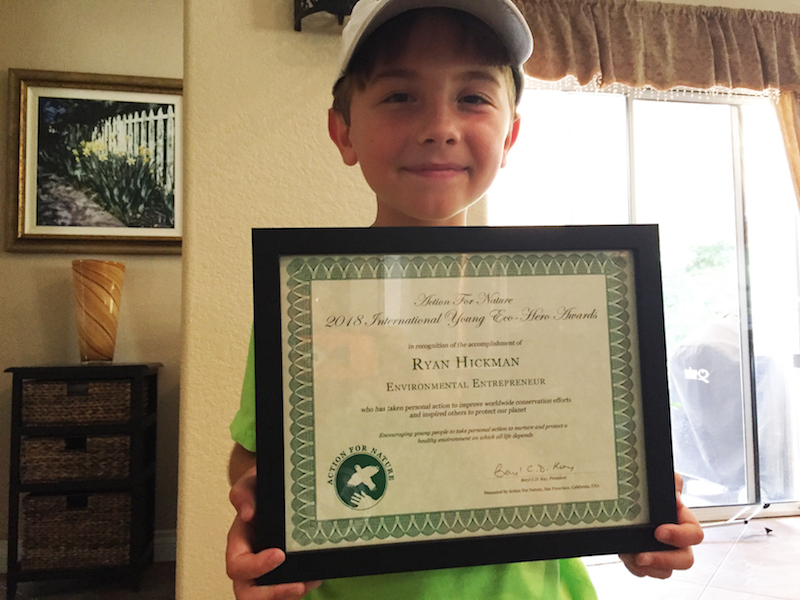 Nineteen young activists are recipients of 2018 International Young Eco-Hero Awards for their impactful environmental projects addressing climate change, energy conservation, wildlife protection, landfill waste, and water pollution. Ranging from age 8 to 16, and hailing from around the U.S. as well as Australia, Canada, Columbia, Peru, South Africa, Sri Lanka, Ukraine, and the United Arab Emirates, these youth are being recognized by the San Francisco-based nonprofit Action for Nature for their creative projects aimed at solving the world’s environmental problems.

Stella Bowles, age 14, of Nova Scotia, Canada, was disgusted by the “straight pipes” leading from household toilets into the river that runs beside her house. She became a young citizen scientist, tested the water, publicized the results, and mounted a campaign to demand action. In response, the municipal, provincial and federal governments approved a $15 million plan to replace all straight pipes to the river with septic tanks by 2023. Now she is teaching other students to test their river water and challenge local authorities.

Nikita Shulga, age 12, of Kyiv, Ukraine, noticed that classmates threw lunchtime food scraps into trash bins destined for the many landfills throughout his country, so he set up a composting program called Campola. Despite the fact that composting and recycling are not widely practiced in Ukraine, he knew that Campola could reduce the size of landfills, while the compost could be used to nourish trees that help clean the air. Starting at his own school in the fall of 2016, Nikita’s project expanded to 30 schools within the first year, and now the Ministry of Ecology and Nature of Ukraine is preparing to implement Nikita’s composting initiative across 1,000 schools.

Charlie Abrams and Jeremy Clark, both age 13, of Portland, Oregon, are climate action campaigners and public speakers who have traveled throughout the state and beyond to lobby for environmental action. One result is that today 60,000 students in 80 Portland public schools are taught climate change as a fact. They founded their blog, Two Green Leaves, as fifth graders with an aim to educate others from the perspective of “the affected generation.”

Anya de Saram-Larssen, age 13, of Columbo, Sri Lanka, addresses the conflicts between humans and elephants in rural Wasgamuwa by writing, speaking, and fundraising for an “elefriendly bus” which now safely transports school children who previously had to walk through an area where dangerous encounters with elephants have occurred. She is currently working on a pilot project bringing seven students from the Sri Lankan capital of Columbo to Wasgamuwa for a weeklong wildlife camp.

Nikita Shulga, age 12, of Ukraine, set up a school composting program and used the compost to nurture nearby trees; she is part of a movement to set up similar programs in 1,000 schools.
http://compola.org/
https://www.facebook.com/compola.project

Hunter Mitchell, age 10, of South Africa, raises money for rhino awareness and campaigns for their protection, and regularly visits a local sanctuary to work with an orphaned baby rhino.
http://ryansrecycling.com

Shalise Leesfield, age 11, of Australia, spreads the word about the dangers that discarded fishing lines pose to marine wildlife, and has set up a collection box system to gather such lines.
@shalisesoceansupport

Ryan Hickman, age 8, of California, USA, has recycled nearly 300,000 cans and bottles. He picks up, sorts and takes recyclable items each weekend from his customers to the local recycling facility, earning $6,000 which he contributed to his local marine mammal center.
http://ryansrecycling.com

Asvini Thivakaran, age 9, of Texas, USA, has diverted half a ton of batteries from the local landfill through her recycling efforts, and persuaded her city’s mayor to establish collection bins in high-traffic areas.
http://asvinisplanet.weebly.com

Genevieve Leroux, age 12, of California, USA, persuaded others, including her local mayor, to join her in establishing pollinator gardens to support migrating Monarch butterflies.

Charlie Abrams and Jeremy Clark, age 13, of Oregon, USA, consider themselves part of “the affected generation,” and are inspiring public speakers who have successfully lobbied for climate change education.
http://twogreenleaves.org/

Hannah Testa, age 15, of Georgia, USA, planned and executed two Plastic Pollution Awareness days for the State of Georgia, and educates others through extensive networking and many public speaking engagements.
http://hannah4change.org

Rahul and Rohan Raju, ages 13 and 15, of United Arab Emirates, are young artists whose work portraying endangered species has been exhibited all over the world, highlighting the urgent need to protect wildlife.
https://drive.google.com/open?id=1FrwUOlfLrRbInJBkgB3EV_KvuA6DLQE5

Anya de Saram-Larssen, age 13, of Sri Lanka, raised funds for an “elefriendly” bus so that rural children did not have to walk to school through an area frequented by potentially dangerous elephants.
https://globalvoices.org/2017/10/13/the-worlds-first-elefriendly-bus-curtails-human-elephant-conflict-in-sri-lanka/

Will Gladstone, age 13, of Massachusetts, USA, set up a foundation, website and Instagram account to educate others about the Blue-Footed Boobies of the Galapagos Islands. He has raised $40,000 for The Galapagos Conservancy by selling blue socks.
http://www.bluefeetfoundation.com
@thebluefeetfoundation

Claire Vlases, age 15, of Missouri, USA, persuaded her local school authority to install solar panels at her school, and raised the funds for the installation.
https://solarschool.weebly.com/

The 2018 International Young Eco-Heroes will meet at Google’s San Francisco offices and via Google Hangout on Saturday, August 25, 2018, from 10 a.m. to noon Pacific time, for a conference hosted by Action for Nature and streamed on YouTube Live. Participants will discuss their projects and take questions from the audience via chat. Visit actionfornature.org for a link to the video stream.

ABOUT ACTION FOR NATURE

Action For Nature is an international nonprofit organization based in San Francisco, California, USA, that encourages young people to develop a love and respect for nature and to take personal action to protect the Earth’s natural resources. The International Young Eco-Hero Awards recognize young people ages 8-16 who are taking important steps to solve tough environmental problems. Awarded annually, AFN’s Eco-Heroes are determined by a panel of judges including experts in environmental science, biology, and education. Since 2003, Action for Nature has recognized 250 young people from 23 countries and across the United States.
https://actionfornature.org/

Eco-Hero bios and videos are available at: https://actionfornature.org/eco-hero-awards/2018-awards/