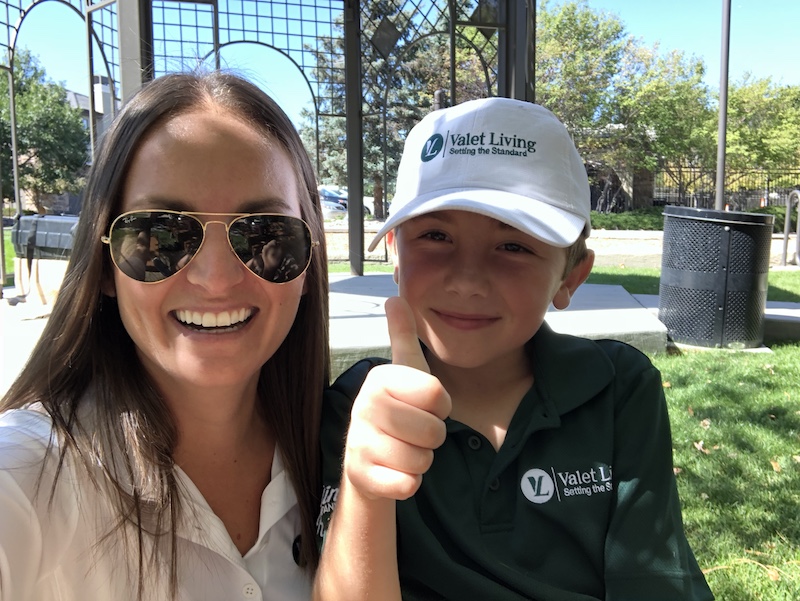 I had a great time in Denver this past weekend with Valet Living. We had great weather unlike the week before in Austin so it was nice to be outside. I met a lot of nice people and I even got to feed a horse and we saw a black bear when were in Colorado Springs. Glad I was in the car and not walking near it! I have a lot of fun at these events and I love telling people about my story and why it’s so important to recycle. 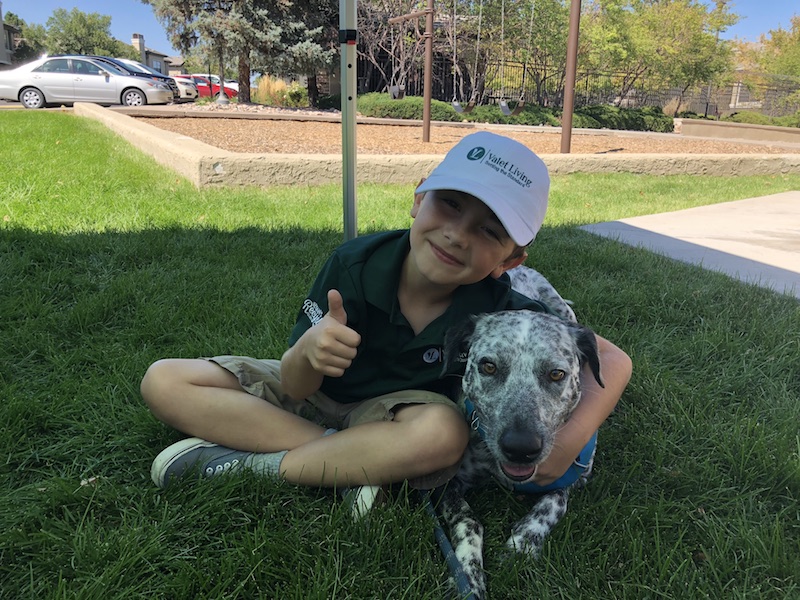 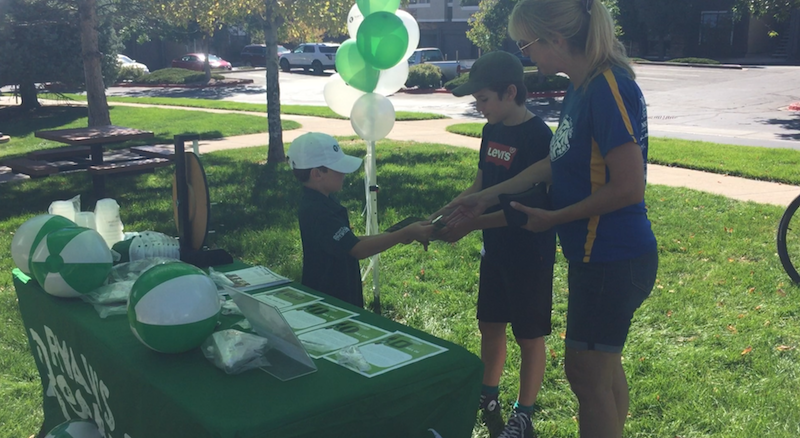 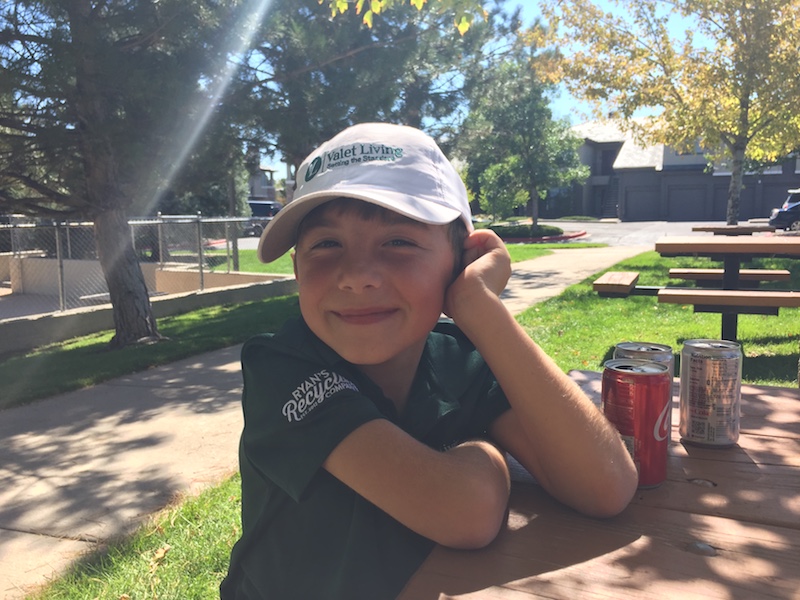 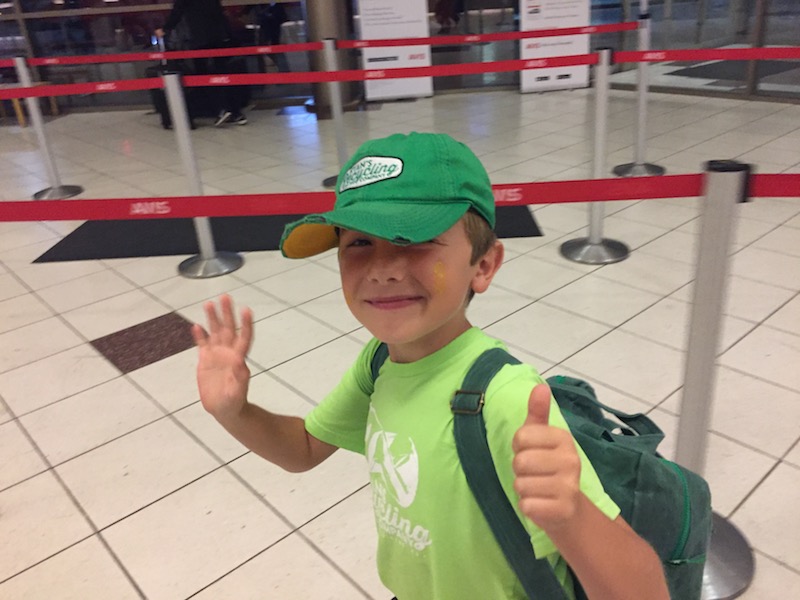 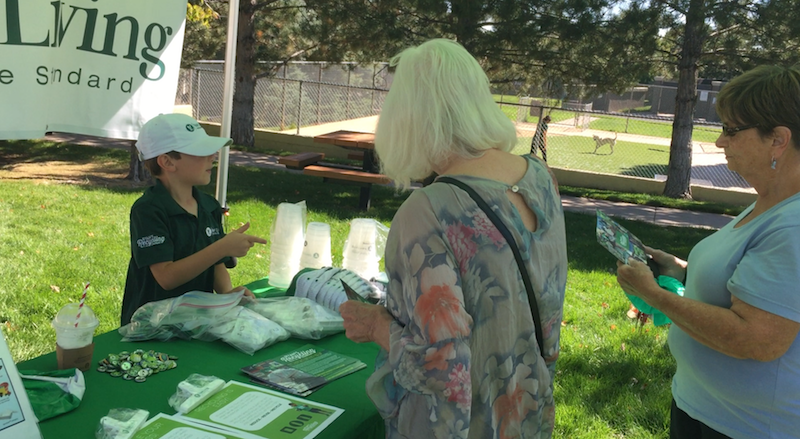 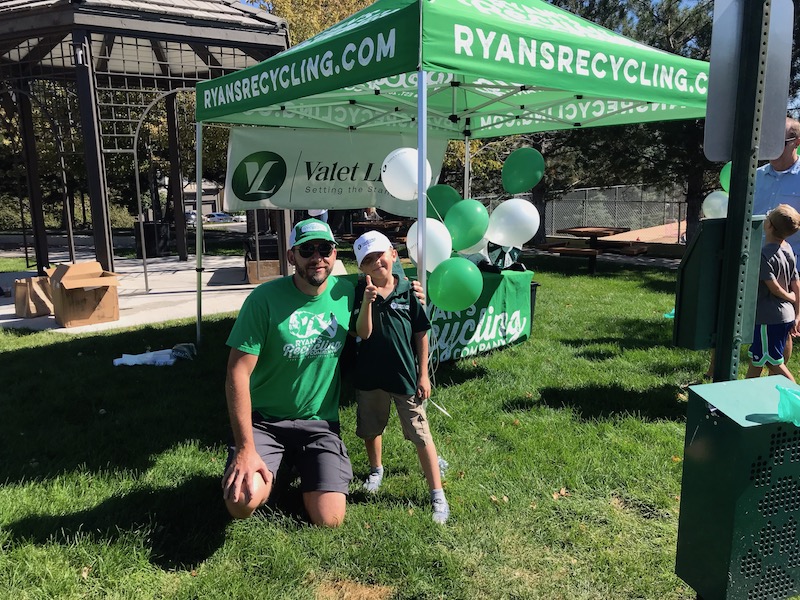 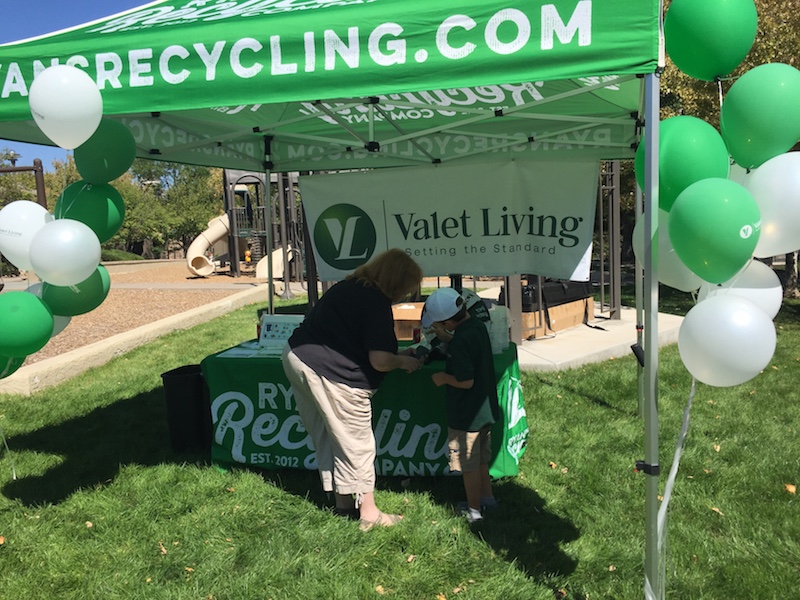 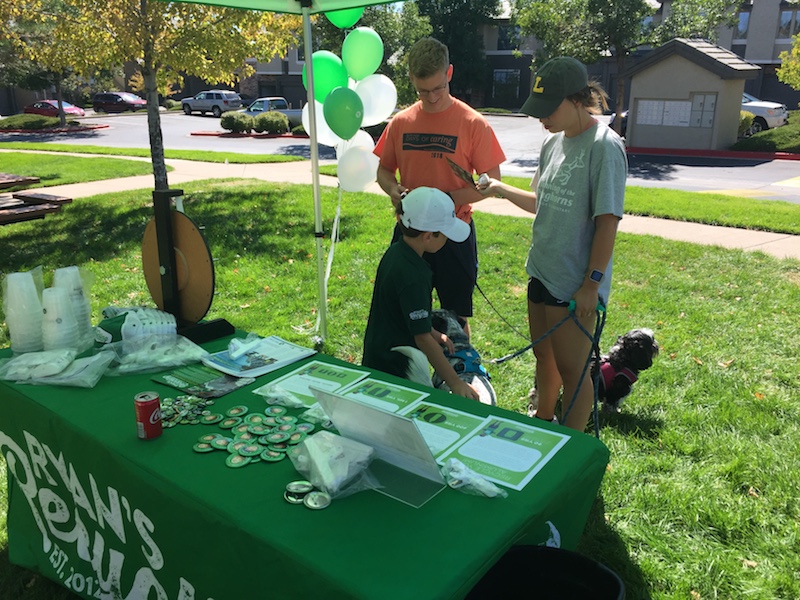 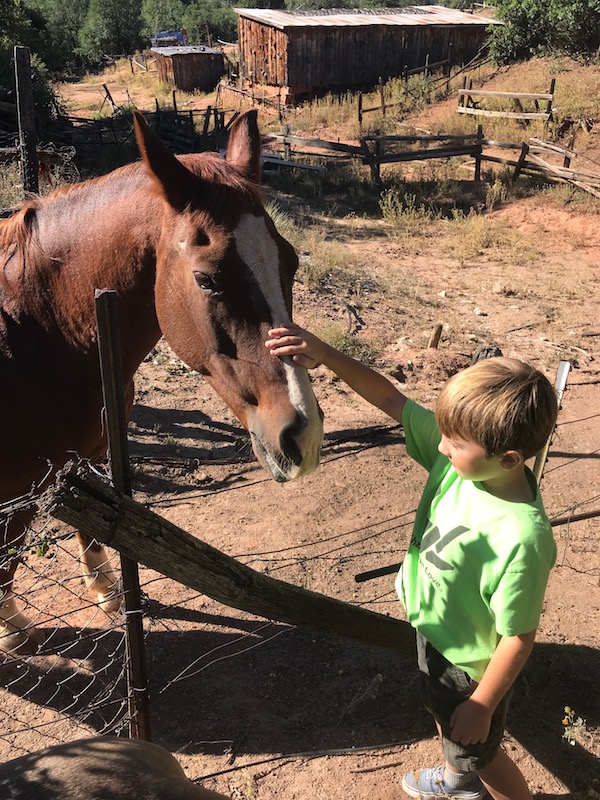 Wow! We just reached 400,000 cans and bottles recycled! Thank you to all my customers, friends and family for helping me. I’m not slowing down anytime soon and some day, I’ll reach a million. Thank you Valet Living for sponsoring my recycling awareness events across the country and thank you to all the people I have met while traveling who are now recycling because of me. Recycling keeps cans, bottles and glass out of the ocean, rivers, landfills and keeps animals form getting sick from pollution. It’s easy to recycle. I’m only 9 years old. If I can do it, anyone can do it. -Ryan 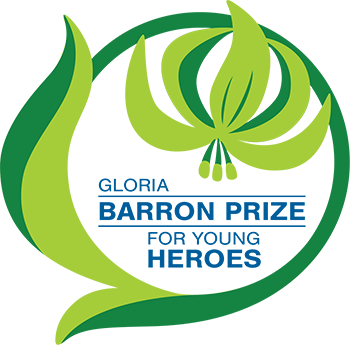 Boulder, CO, September 17, 2018 – Ryan Hickman, age 9, of San Juan Capistrano, California, has been named a 2018 honoree by the Gloria Barron Prize for Young Heroes. Each year, the Barron Prize celebrates 25 inspiring, public-spirited young people – some named as winners and some named as honorees – who have made a significant positive difference to people and the environment. This year’s ten Barron Prize honorees are an outstanding group of young leaders chosen from nearly four hundred applicants across the U.S. and Canada.

Ryan created Ryan’s Recycling Company (www.ryansrecycling.com) to keep cans, plastic bottles, and glass from polluting our environment. He is most passionate about protecting ocean animals from harm caused by trash. He has personally kept 76,000 pounds of pollution out of the ocean and our landfills. Ryan began his work as a 3-year-old, asking neighbors for their bottles and cans. Today, he coordinates pick-ups of recyclables from homes and businesses throughout Orange County and with his family’s help, delivers them by the truckload to the local redemption center every few weeks. Ryan’s redemption dollars are earmarked for college, though he’ll tell you he is saving for a large trash truck. He has also created and sells company t-shirts, donating all proceeds — $8,000 so far – to the Pacific Marine Mammal Center, a non-profit that rescues and rehabilitates seals and sea lions. “I’ve learned that recycling is so important and that one person can truly make a difference,” says Ryan. “I’m going to keep doing what I’m doing and I hope everyone joins me.”

The Barron Prize was founded in 2001 by author T. A. Barron and was named for his mother, Gloria Barron. Each year’s 25 Barron Prize young heroes reflect the great diversity of America. They are female and male, urban and rural, and from various backgrounds. Many of them have focused on helping their communities and fellow beings; many others have focused on protecting the environment.

“Nothing is more inspiring than stories about heroic people who have truly made a difference to the world,” says Barron. “And we need our heroes today more than ever. Not celebrities, but heroes – people whose character can inspire us all. That is the purpose of the Gloria Barron Prize: to shine the spotlight on these amazing young people so that their stories will inspire others.” 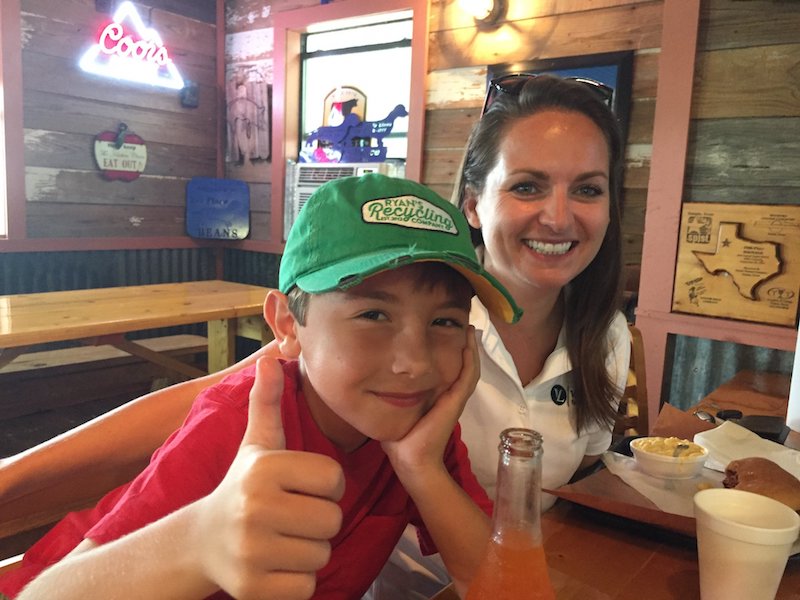 This weekend was a quick trip to Austin, Texas. We had a lot of rain during my trip but that didn’t stop me from telling people how to be better recyclers with my friends at Valet Living. We brought the party indoors and stayed nice and dry. After the event, we went for some really great BBQ and went bowling and I got to go check out a bunch of donkeys and goats near a friend’s house. Thank you everyone who came to see me and I look forward to Denver next week! 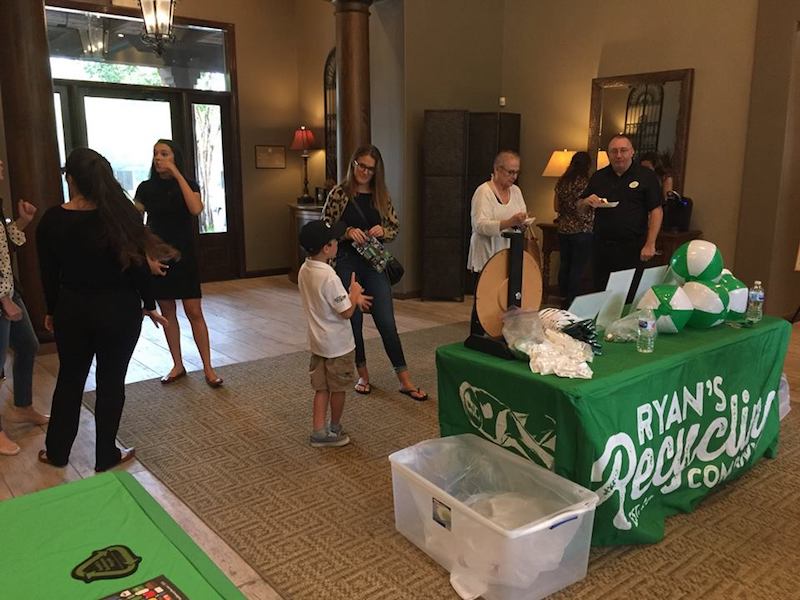 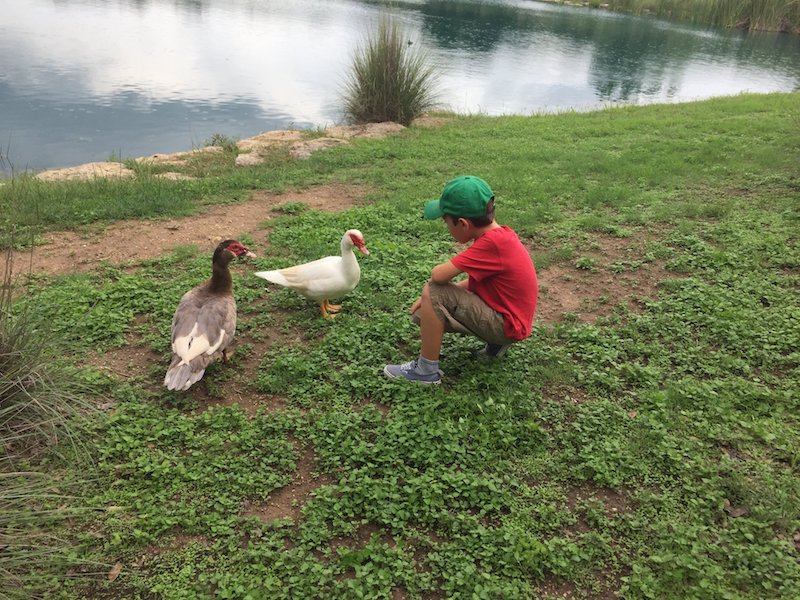 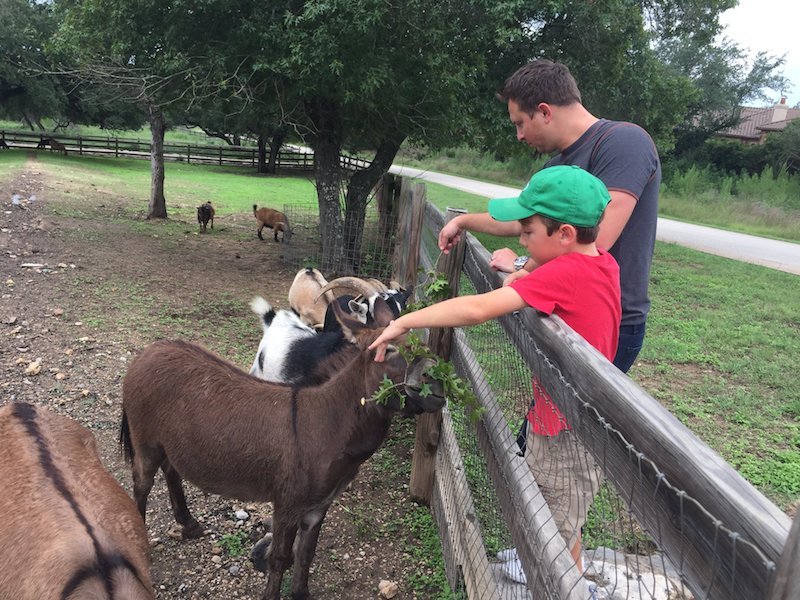 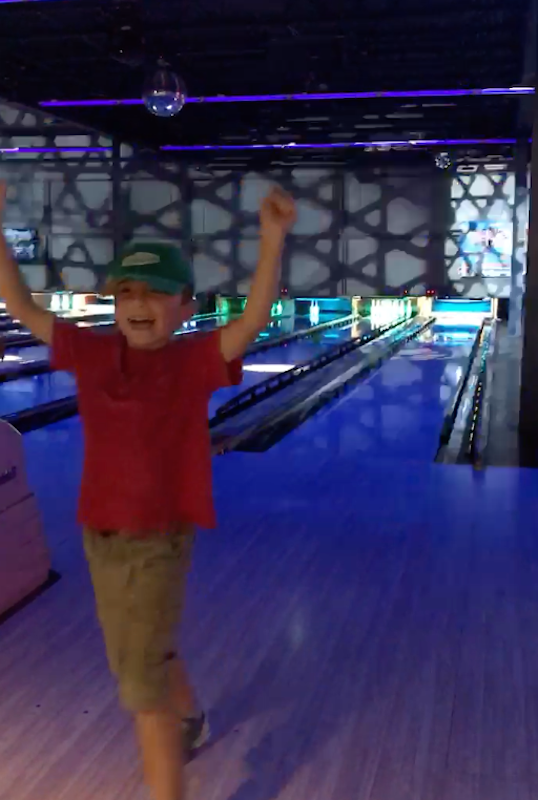 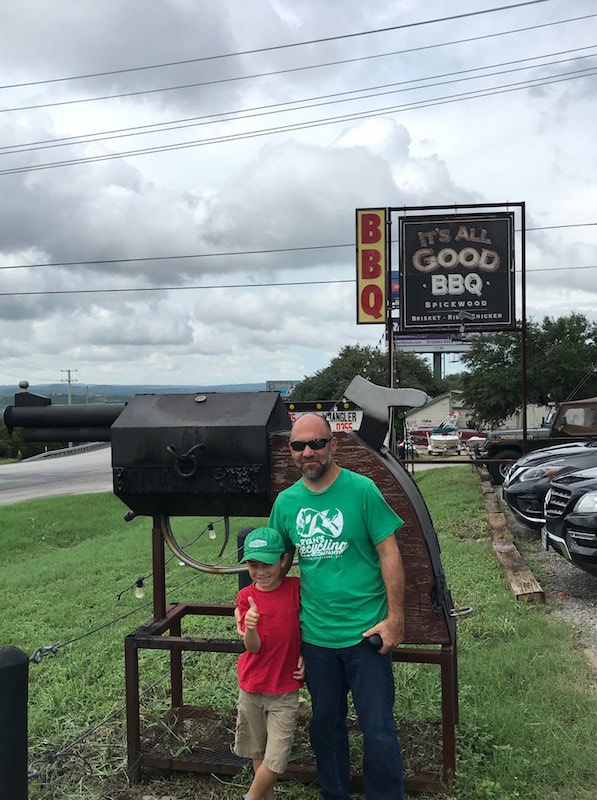