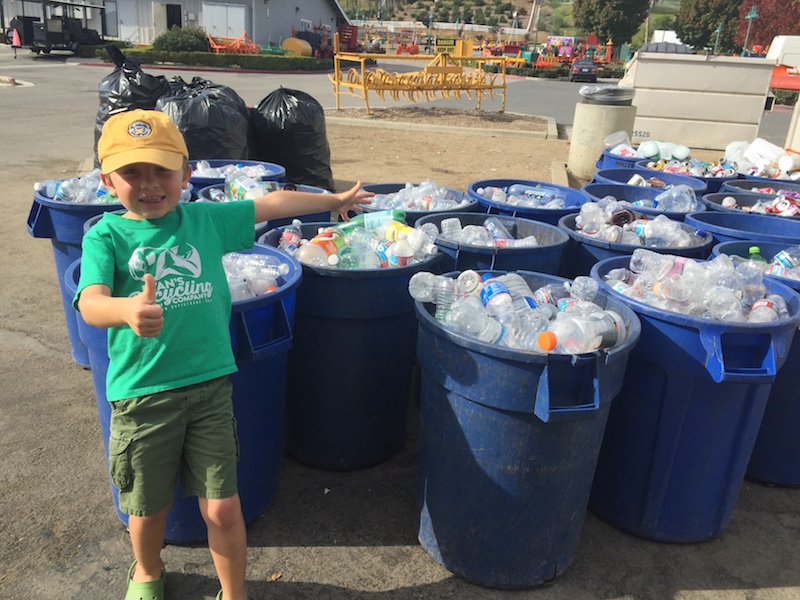 A 7-year-old boy from California has demonstrated it’s never too early to start recycling. When he was three, Ryan Hickman ventured to a local recycling center in Orange County with his father. The experience moved him to such an extent he declared his intentions to start collecting recyclables from his neighbors the following day. Thus started Ryan’s Recycling Company, through which Ryan has recycled around 200,000 bottles and cans, saving thousands of dollars in the process.

Ryan asked his parents if he could give their neighbors empty plastic bags to fill with cans and bottles. The neighbors were happy to cooperate with him – as were friends, his parents’ co-workers, and family members. Roughly four years later, Ryan has recycled 49,000 pounds of trash from customers throughout Orange County. His website reports he spends “part of every week” sorting through and cleaning the plastic or glass bottles and aluminum cans he then totes to the recycling center with the help of his family. Ryan has saved around $10,000 for college (although his website warns he might actually tell you he’s saving up for his own garbage truck), and $1,624 for charity….more