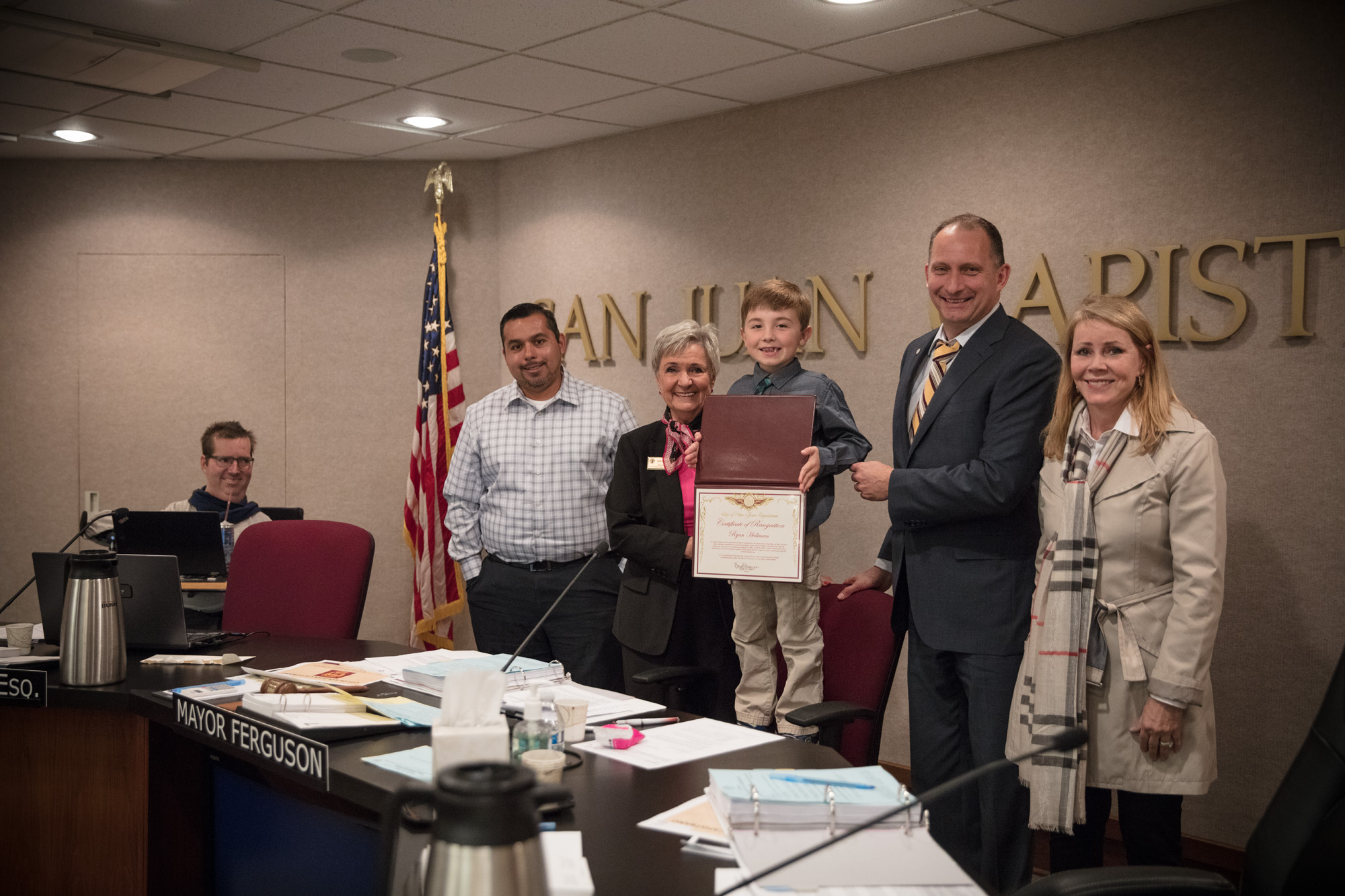 On Feb 7th, 2017, Ryan received an award for his recycling efforts by the San Juan Capistrano City Council and Mayor Kerry Ferguson. We had a great turnout and Ryan wore a tie for the first time! Thank you to everyone who attended and everyone who sent us encouraging emails and texts for Ryan’s efforts.