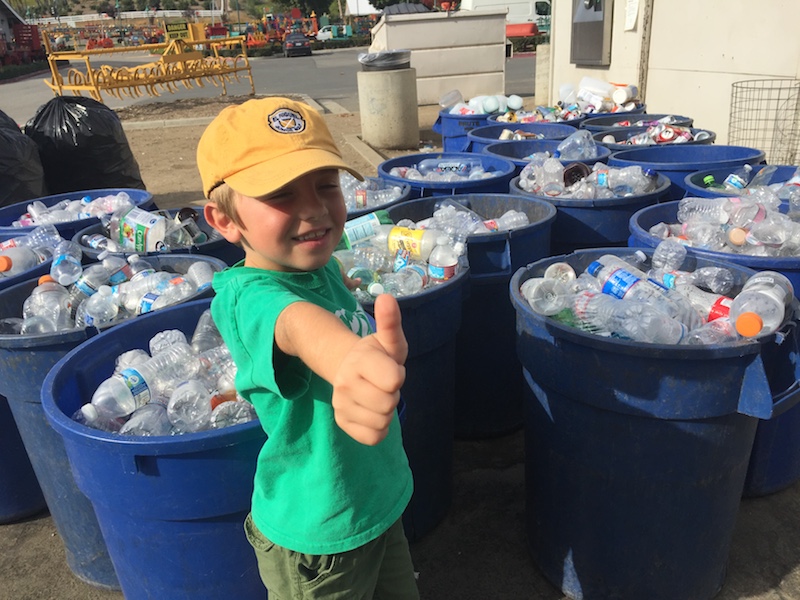 A 7-year-old boy in Orange County, California has quite literally turned trash into treasure: Ryan Hickman launched his own recycling business, and is saving his earnings for college, Distractify reports.

The young entrepreneur’s inspiration for “Ryan’s Recycling” was fueled by a visit he and his father paid to a local recycling center when Ryan was 3 years old.

“He likes to sort pretty much anything, and he liked putting the bottles in the machine,” his father, Damion Hickman, told local newspaper The Capistrano Dispatch. “He probably got two or three bucks, and he was so excited about it. And of course then he got to sort his change, so that meant more sorting.”

When the toddler returned home, he and his mother distributed plastic bags among his neighbors so Ryan could collect and dispose of their cans and bottles, his website states. Friends, family members, and their co-workers soon joined in and, lo and behold, an entrepreneur was born.

Ryan devotes a portion of his week to sorting and cleaning the bottles and cans he collects, and every few weeks, he takes them to the recycling plant. (Ryan’s family lends a helping hand—and even more importantly, a car.) Over the years, his family thinks he’s recycled around 200,000 cans and bottles. He’s also saved approximately $10,000 for college—although if Ryan had it his way, he says he would use the money to purchase his own garbage truck. …more