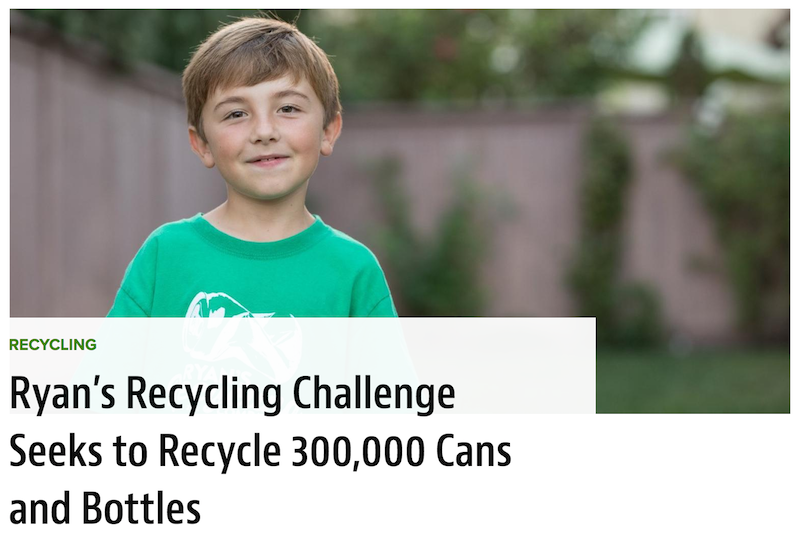 An autograph from recycling entrepreneur Ryan Hickman just got even cooler. Not only has the young recycler raised thousands of dollars for charity and recycled almost 300,000 cans and bottles, but he’s also recently mastered cursive.

Eight-year-old Ryan of California has been recycling cans and bottles with his dad for almost five years. This year, he’s issued a challenge to anyone who will join him to recycle 300,000 cans and bottles before May 1. The initiative is the product of years of work, but it started on a much smaller scale.

“Initially, it was just he and I going to our local recycling facility with just two small kitchen bags of plastic water bottles that we had used at the house,” says Ryan’s dad, Damion Hickman. The experience, unassuming as it was, was enough to get Ryan hooked, and the business was born.