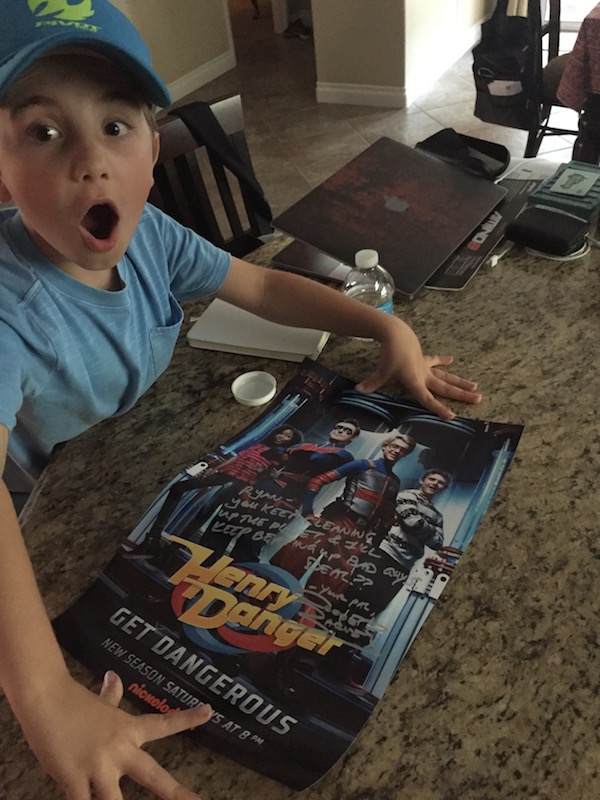 Ryan’s favorite show is a program on Nickelodeon called Henry Danger. He’s seen every episode. Every one. So when one of the stars of the show sent Ryan a tweet and a personalized poster, you could say Ryan was a little bit excited. We’ll let the photo speak for itself. Thank you so much Cooper Barnes for making an 8 year old kid’s day. You’re the best.