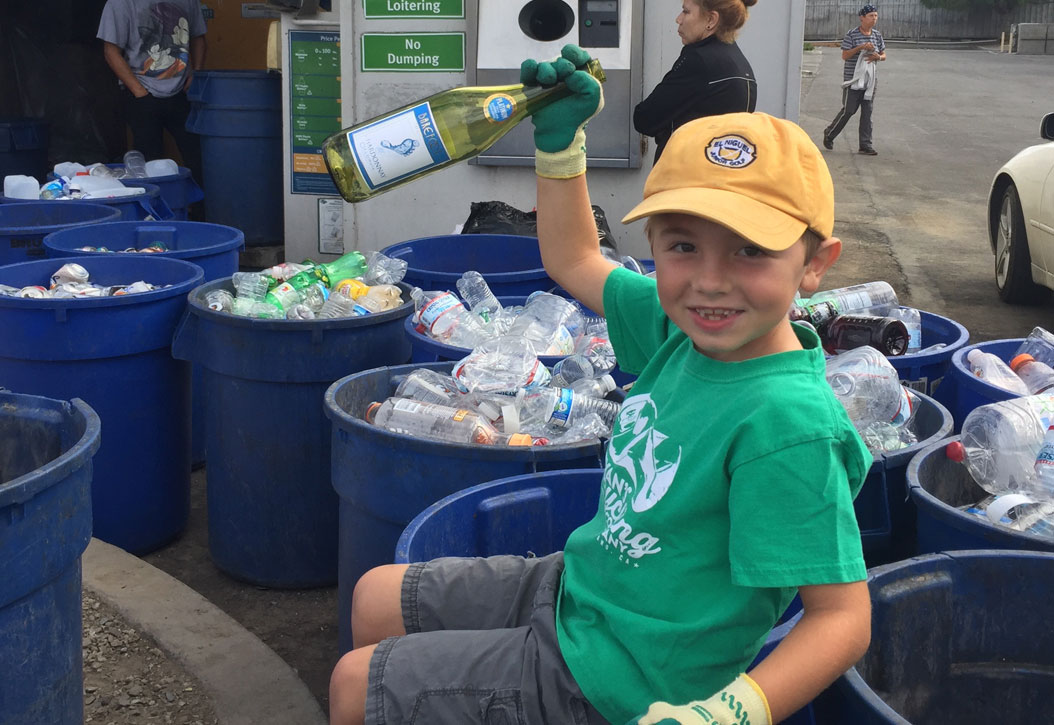 Ryan featured on One Green Planet’s web site today for his recycling efforts!

Attention, people of earth: we have a serious plastic problem. In just 30 years, global plastic production has jumped over 320 percent, which equates to about 300 million tons of plastic pieces coming into circulation every year. If imagining what 300 million tons of plastic looks like isn’t enough to boggle your mind, here’s another scary fact: over 85 percent of that plastic is never recycled. It makes its way from the factories to the stores to our homes, and then, way more often than not, it ends up in landfills instead of the recycling bin. To make matters worse, it doesn’t stay in landfills. Studies have shown that 80 percent of marine trash is land-based and 90 percent of that trash is plastic. Once plastic ends up in the ocean, the world’s marine animals are stuck with it. It can take thousands of years for plastic to break down, and when it does, it only breaks into small pieces known as microplastics.

These facts are some heavy realities to process but in spite of that, we can all do something to help. In fact, one little boy took his passion for recycling and turned it into a business that benefits the planet. more